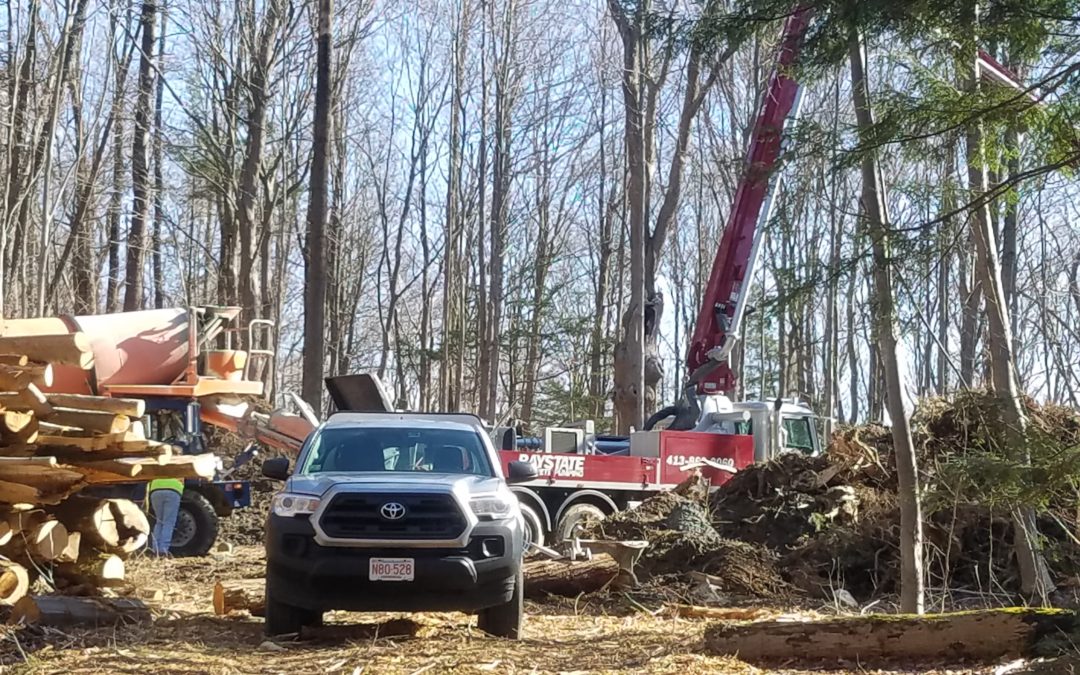 I live in the middle of Plumb Street in the neighborhood where the cell tower is being constructed. I learned about the tower a few months ago on Facebook. I couldn’t believe it when I found out it was at the top of Alma Street and not on South Street.

Then it started to make sense. We had big trucks — heavy-duty trucks, logging trucks — coming through our neighborhood, waking us up at all hours of the early morning. One day one of the trucks broke the water main at Plumb and Alma and it was just disgraceful. We had water and dirt all over our unaccepted streets, and it made a mess of the roads. Trucks continued for weeks; these enormous trucks came up and down the street, eroding our roads because there was no road from 877 South St. to the tower site.

There are medical concerns at our age. We’ve both had cancer. We’ve both had heart issues. If we had known about it being located in our neighborhood, we would have spoken out against it. We’ve been to other meetings, but no one knew about this one. It was snookered in. It was deceptive.

We’ve been here for 47 years. This is a safe, beautiful residential neighborhood full of single family houses and a height restriction of 35 feet. Where is the common sense with placing a tower here? The parcel has all that land. Couldn’t they place it further away from houses? If the community knew, we could have been included in those discussions. I am very disappointed in the city. But I feel, in their defense, they were snookered, too. The tower was approved so quickly with no citizen input. I believe Chris Connell when he said if he had known anything about this it would have red flagged all over his desk. What more does this neighborhood have to do to convince the city that this is wrong and they need to revisit this permit? If my kids and grandkids lived here, they would fight it. We’re fighting it and hope others will do the same.

Published in the Berkshire Eagle
https://www.berkshireeagle.com/stories/letter-cell-tower-plan-puts-neighborhood-at-risk,610100?